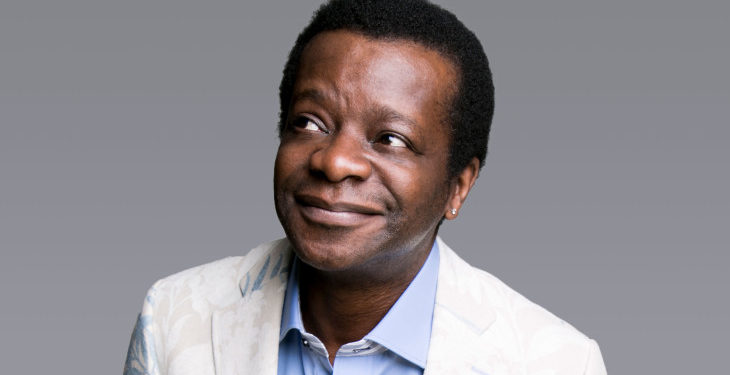 A lot has changed since the rulers of the Roman Empire decided that gladiator fights to the death were the best way to distract the public from the chaos of politics. A veteran of the comedy circuit, Stephen K Amos is acutely aware of the constantly evolving political landscape. Bread and Circuses is his modern-day entertainment equivalent of Roman blood sports.

Born in the UK to Nigerian parents, themes of identity and racism are prevalent during the show. The childhood game ‘Guess Who’ is revealed to be a more sinister creation than most adults remember, with Amos pointing out that only three of the 24 faces are black (Asians don’t even exist – the rest are all white). He may be known for his feel good persona, but Amos’ cultural commentary is witty and sharp.

Amos is a Londoner through and through — but this is a show that has been carefully crafted for Australian audiences, featuring references to the same sex marriage debate and the hypocrisy of Barnaby Joyce, known affectionately to his friends as ‘BJ’. Amos is both charming and outrageous, a combination that consistently endears audiences to him.

A true professional, Amos’ style is natural to the point of effortless. It’s a Wednesday night and the crowd aren’t making it easy for him but Amos takes it all in his stride. He decides to stir things up with a little bit of audience participation, asking teenage couple Jack and Chloe ‘if they’re in love’ (to which the response is silence) and putting a wannabe comedian from Bacchus Marsh back in his place. Even when things aren’t going exactly to plan, it’s clear that Amos is enjoying himself, chuckling freely on stage.

Bread and Circuses is welcome relief from the problems of the world and, with Amos as its ringmaster, a guaranteed 60 minutes of thought-provoking fun.