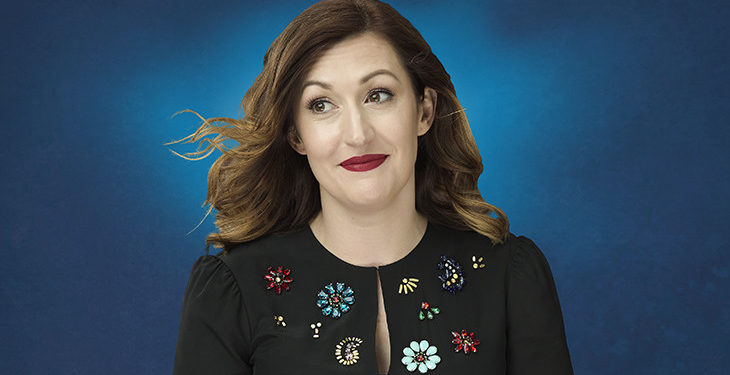 Well known as a writer and regular performer on the small screen, not all of Celia Pacquola’s fans are aware that her roots lie firmly in standup. Indeed, she’s a little worried that her new show, All Talk, may upset people’s expectations of “that nice girl from the ABC talking about Tasmania and infrastructure”.

While 2017 may have been an excellent year for her career-wise, she admits that personally she didn’t fare so well. In All Talk, Pacquola talks frankly and honestly about her battle with depression and anxiety, with a self-deprecating humour that isn’t afraid to expose her vulnerability. No matter what the topic, Pacquola is so personable that the audience are always on side.

Even when she’s talking about tough issues, Pacquola manages to keep things light-hearted. She describes arriving at a meditation retreat that she hopes will help her rebalance mentally only to be filled with rage by a woman who is seemingly high on her own breathing.

Many of Pacquola’s hilarious anecdotes involve poor life decisions made while drinking. Two beer Celia is confident and charming, the life and soul of the party; six beer Celia is a rollercoaster ride, however her twists and turns are less predictable. Her stories about sex and personal grooming, although reframed with comedic flair, are familiar enough to have the audience cringing internally and there’s an intimacy to the way she interacts with the crowd that feels like the forming of a mutual friendship.

For the entirety of the show, Pacquola is flawless. Her ability as a writer shines through; the content is smart, and different stories bring fresh meaning to earlier jokes. Her down-to-earth warmth and sharp wit is instantly likable, immersible, and ultimately hilarious. Forget the ABC; All Talk looks set to propel Pacquola’s comedy journey to dizzying new heights.