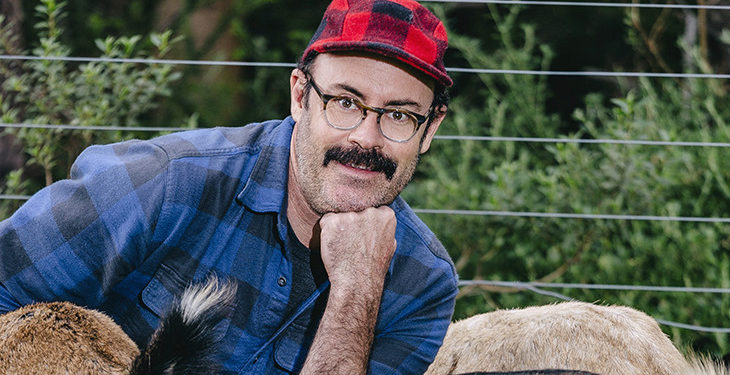 The title of Sam Simmons’ newest show, Radical Women of Latin American Art 1960-1985, is just as subversive as the comedian himself. Simmons does mention the art exhibition that he visited with his wife in Los Angeles, but it’s only a fraction of what the show is actually about.

The show is silly to the point of lunacy but that doesn’t mean the show is without intellect. Simmons’ observation on the ability of the word aboriginal to induce discomfort within the predominantly white audience is a clever reflection on Australia’s internal racial tensions.

Don’t expect the majority of the show to make sense however. Radical Women of Latin American Art 1960-1985 is a show characterised by its unpredictability. It combines a random array of unusually specific impressions introduced by booming voiceovers, stories that Simmons often admits go nowhere and absurd musical interludes. The songs are bizarre – so bizarre that they can only have been written by Simmons. Yet out of the randomness comes a semblance of order and the production is tight – sound, lighting and props are integrated seamlessly within the show. Even the audience abuse seems to have a purpose.

Audience abuse? Yes and there’s plenty of it. Simmons’ interaction with the audience is frequent and brutal, his heckling of audience members based on anything from their looks to their reactions to his jokes. Simmons seems to thrive on the hostile environment he creates, his outbursts of rage both shocking and ridiculous, the kind of funny where you almost feel bad for laughing. Audience participation is also a key feature of Simmons’ comedy so avoid sitting too close if you want to minimise your risk of being pulled up on stage.

Simmons’ comedy journey continues to go from strength to strength and his style is the definition of unique. It may not be to everyone’s taste but Radical Women of Latin American Art 1960-1985 is a stand-out show of the festival, a true encapsulation of the weird and the wonderful.