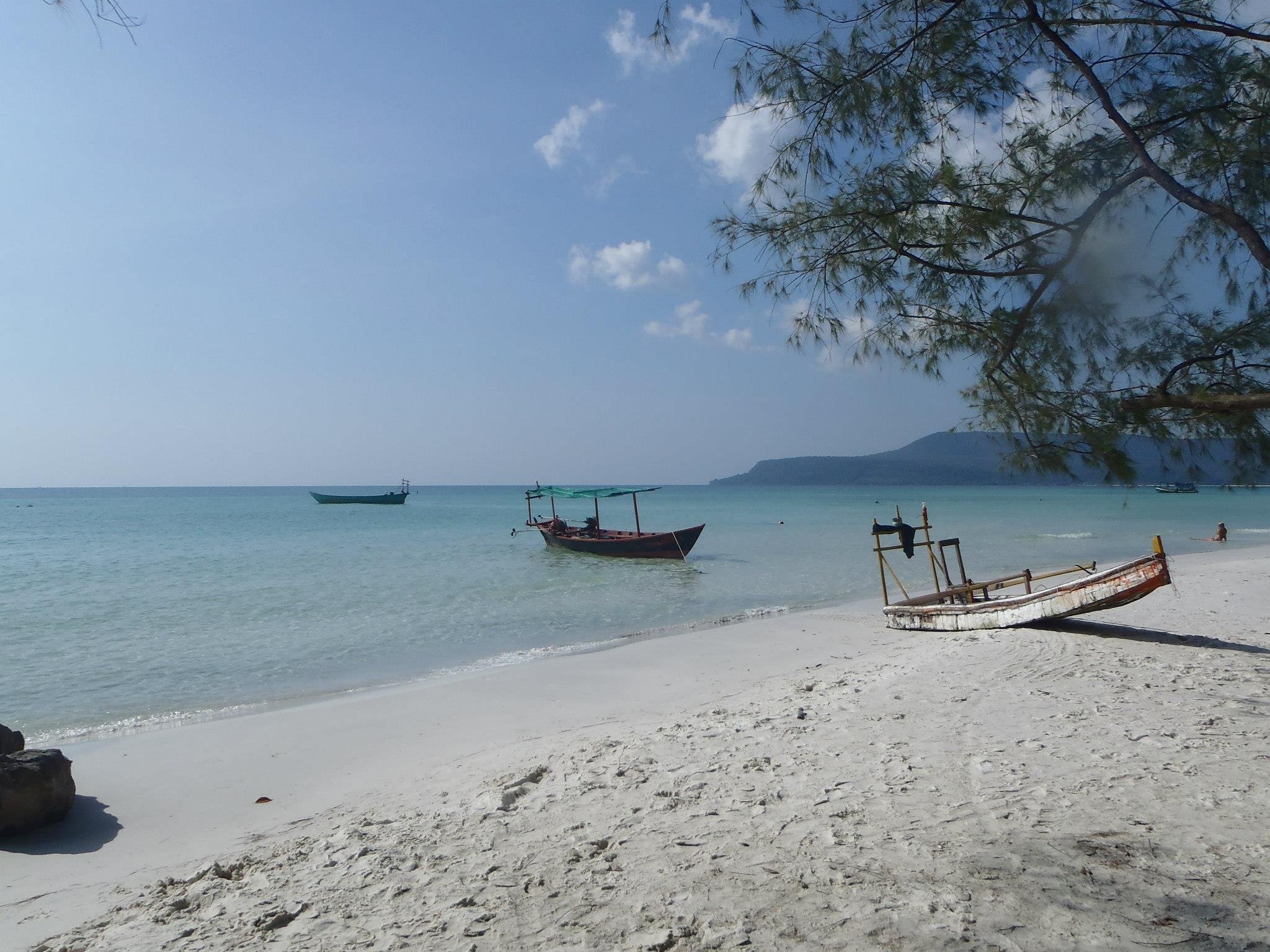 Despite being only two hours from the south coast of Cambodia, Koh Rong seemed like another world. The island was almost the size of Singapore, yet much of it was covered by relatively unexplored jungle. There were no roads, development was scant, buildings were constructed from island timber, medical facilities were non-existent, and power was scarce – meaning that the generator only operated for a few hours in the evening. Water frequently ran out, making bucket showers part of everyday life. Ironically, because a season of the French version of the television show ‘Survivor’ was filmed there, the island had Wi-Fi.

My first night on the island was exciting and terrifying. I checked into Coco’s Bungalow Resort (cocos-kohrong.com) and enjoyed an evening sampling mojitos and seafood with my friend Adele and Turkish guesthouse manager Omer. Later, clambering into bed in my bamboo hut, it quickly became apparent that most of the island’s wildlife was nocturnal. Suddenly Koh Rong seemed frightening: full of monstrous creepy crawlies and strange creatures chirping, rustling, and thumping outside.

In the morning Adele and I followed a series of red spots painted on rocks and foliage from the main pier on Tui Beach to Long Beach. It was a grueling 90-minute hike which involved scaling near-vertical slopes, scrambling over tree roots, and rope swinging Tarzan-style over crevices where the cliff face plummeted to the ground. At times the narrow dirt track disappeared altogether; yet the strenuousness only made the sight of the beach even sweeter.

“I can’t believe we’re the only ones here,” Adele whispered. A six-kilometer strip of powder-fine white sand unfolded in front of us, winding its way around Koh Rong like a ribbon; turquoise waters shimmered with glassy transparency. There was not another soul in sight.

Four days later we had fallen in love with the untamed beauty and simple lifestyle of the island and couldn’t bear the thought of leaving. On our last night, while drowning our sorrows at the bar, Omer appeared with a proposal.

“You don’t have to leave, you know? You could work in the bar here. You would eat and sleep for free and we could help organize some diving for you.”

Here was a solution: a way to stay without blowing the budget. Neither of us had work permits, just the standard 30-day visa on arrival (which we later extended), but it’s fairly common practice across Southeast Asia to casually employ travelers in exchange for food and accommodation. We were to do a mix of waitressing and bar-tending, and work every evening from 6pm until closing time – usually around midnight.

Adele and I both had experience in the hospitality industry. We worked that first shift furiously – running frantically between tables. A couple of hours later Omer pulled us aside.

“You’re working too hard. Sit down, relax! Go and chat with the customers.” Clearly we were going to like this job, especially when we found out we could drink on shift!

The bar had a rustic feel: wooden trestle tables and snug bamboo chairs spilled onto the sand. It was captivating in the evenings: the entire place bathed in soft candlelight and twinkling fairy-lights.

One of the most rewarding things about the experience was the chance to engage with local Cambodian culture. Several residents of a local fishing village were employed by the guesthouse, and a few of the girls could speak some English. They were fascinated to hear about our travels, and we were similarly pleased when they offered to teach us Cambodian. One local, Tia, had recently set up her own classroom providing English lessons for the village children. Her passion for the project was remarkable.

As the weeks progressed we began to feel more at home. Soon we knew everyone on the island and had made our own place within the community. We were constantly astounded by the warmth of the islanders.

Sadly, the future of the island hangs in the balance. The Royal Group Company, who hold a 99-year lease on the island, have big plans for Koh Rong – intending to build an international airport, luxury resorts, golf courses, and a marina. Now is the time to see Koh Rong before mass tourism and aggressive development take off and the laid-back ambience of the island is changed forever.