JR Reyne in “The Secret Daughter” 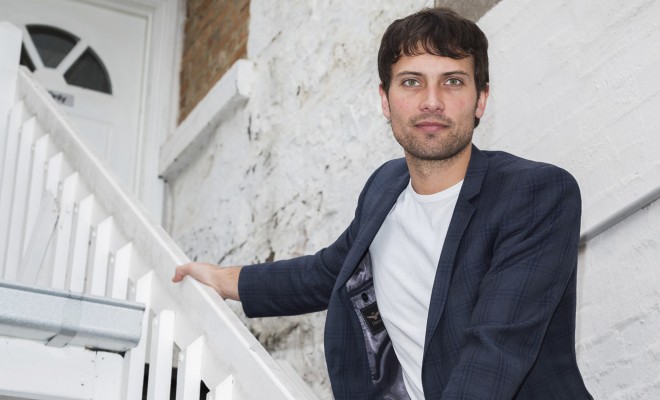 JR Reyne in “The Secret Daughter”

Channel Seven will premiere its new drama, The Secret Daughter, tonight and a Fitzroy local will have a starring role.

“Deep down he realises what he has in the relationship but maybe doesn’t quite know how to articulate it or fully understand,” he says.

Thirty-one year old Reyne has appeared in several other TV shows, including Horace & Tina, Neighbours and Winners & Losers, but described the teamwork displayed by the cast of The Secret Daughter as particularly selfless and driven.

“I’ve never ever been involved with any theatre or TV production where I’ve been there from the outset. With Neighbours, by the time I came on to it everyone was very set in their ways and how they operated and that was great because you knew where you fit in but the exciting thing about The Secret Daughter was that we were all collaborating from the start,” he explains.

Reyne first read for the part at the end of last year and was invited to meet with Leah Purcell, one of the directors of The Secret Daughter, along with Geoff Bennett and Paul Maloney, for an audition in January. A week later, the role was his and Reyne prepared to to start filming in March.

“My partner and I are based in Melbourne and Sydney so it was a week-on, week-off sort of thing. We’d just had a baby too so it all happened at once, which was great, but it was a bit like I’m learning lines and there’s a baby in the house,” he says.

While he enjoyed working with everyone on the show, Reyne has a special soft spot for Mauboy.

“Honestly I can’t gush enough. From the get go, we just had this bond and friendship and she is the most generous, welcoming person I’ve ever met,” he says. 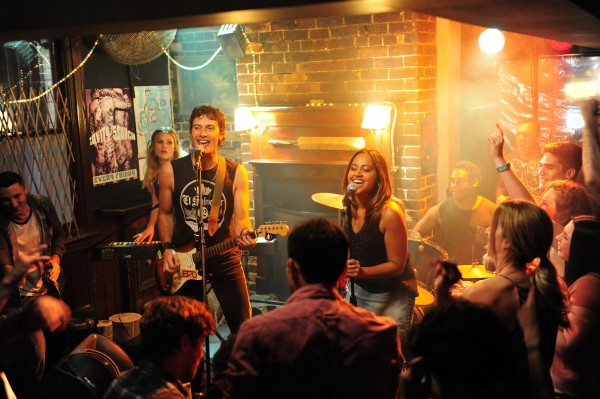 Having recently returned to Australia after spending five years developing his music career in America, Reyne was able to draw on his own personal experiences as a musician to bring Dan to life.

“In my twenties, early twenties especially, I cut my teeth playing pub shows and a lot of the stuff I drew from was the local bands I came across on my travels, and hanging out with them and talking to them, it was fun to take elements and put that into my character. I definitely knew that world very well,” he says.

Reyne released his debut solo EP, Tex Sessions, in 2005, forming Jaime Robbie Reyne & The Paradise Three in 2006. He then embarked on a new project, Rushcutter, with Vincent Daniele, Tim Wheatley and Brett Wolfenden in 2008.

Rushcutter achieved commercial success both in Australia and the USA but the band broke up in 2010 due to creative differences, allowing Reyne to return to his solo career.

“I started off doing acting and music and then after Neighbours, I very much wanted to and had opportunities to make a record and go touring. It felt like right time to do it and when you’re on the road, you can’t really do both. It was definitely a conscious decision about a year and a half ago that I wanted to move back to Australia from America and I wanted to have a base so I could focus on my acting again, as well as my music,” he comments.

Reyne has been taking a more relaxed approach to music over the past couple of years, only putting out records when he’s wanted to, but will be playing a bunch of shows in Melbourne this summer.

A true northsider, Reyne was born in, played his first show in and now lives in Fitzroy.

“When I come back to Melbourne, whether I’ve been away for a weekend, a week or a year, I come to Fitzroy or Northcote or Clifton Hill and there’s an energy here that makes me feel at home. I hate to say it but the best bars, the best restaurants, the best nightclubs, the best live music, they’re all northside.”

The Secret Daughter premieres Monday October 3 at 9pm on Seven.