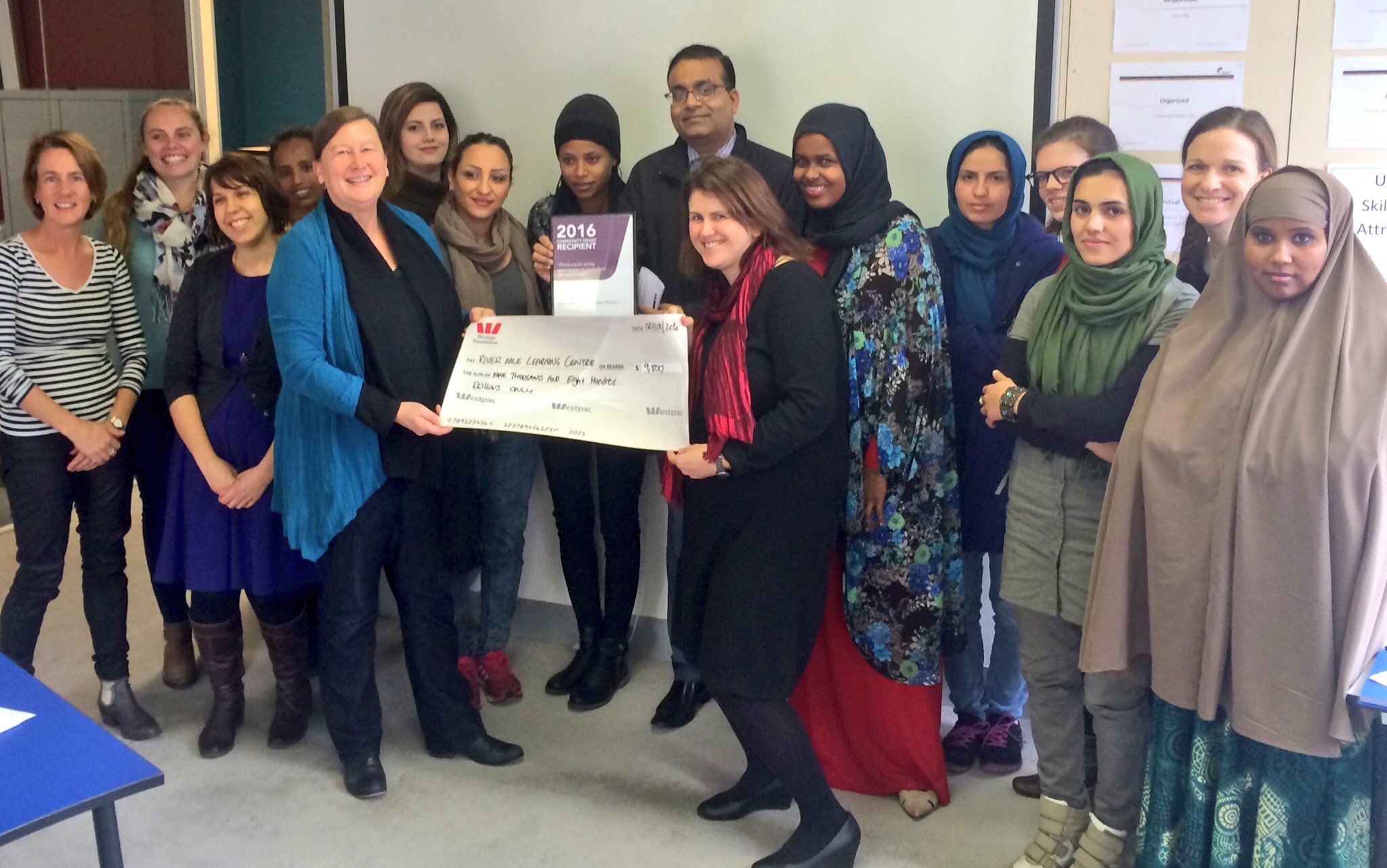 Two organisations in Melbourne’s north, Outer Urban Projects and River Nile Learning Centre, have recently been awarded a Westpac Foundation Community Grant worth up to $10,000 for their outstanding efforts in improving the lives of Australia’s most disadvantaged.

The annual Community Grants program is aimed at grassroots not-for-profit organisations who demonstrate the positive impact their project will have on the following target groups within the local community: Indigenous Australians, refugees, women at risk, youth at risk, people living with a disability or those experiencing homelessness.

Established in 2011, Outer Urban Projects works with young people in the outer north municipalities of Hume, Whittlesea, Banyule, Darebin and Moreland to provide access to participation and employment in the performing arts.

“Through our work, we’ve found that there’s a lot of young people really keen to participate in the arts and a really great artistic wealth and community energy that’s coming from the northern suburbs,” Outer Urban Projects Program Manager David Ralph said.

The organisation offers a range of pathways into the arts, including free weekly workshops in dance, singing and writing, an artistic and business management upskill program, which links emerging artists to industry professionals. key roles too are offered in major works produced either by Outer Urban Projects or in collaboration with external partners.

The $10,000 from Westpac will go towards an emerging artist program that aims to get more participants, both new and existing, involved in the social enterprise and receiving payment for their work.

“The Westpac program will bridge the gap between participant and emerging artist so it’s really important for us,” Ralph said.

According to Ralph, a range of creative and artistic opportunities have existed in the CBD, the western, eastern and southern fringes of the city for quite some time, but there was little for residents of the north.

“Outer Urban Projects was really born from a demand from the community for an arts organisation that could provide a genuine pathway into the arts and nobody else was able to provide that through line in the outer northern suburbs,” he commented.

“Hume and Whittlesea are two of the fastest growing municipalities in Victoria and 32% of young people in Melbourne live in those two municipalities. However there’s limited transport options so they’re reliant on mum or dad or a guardian driving them around and it’s really hard to link up those suburbs.”

A lack of public transport isn’t the the only challenge these young people face, as Outer Urban Projects works with some of Victoria’s most vulnerable adolescents.

“Out of the 200 young people we have currently engaged, approximately 10% present with a disability, 10% are from refugee or migrant backgrounds, 90% are culturally and linguistically diverse and almost 90% are from low income households,” Ralph said.

“We’ve also found that in these areas, because of their vastness, young people are more likely to engage in binge drinking and illicit drugs. There’s a whole range of issues and it’s a real struggle for them to be engaged in the arts or anything extracurricular outside of the school context.”

The River Nile Learning Centre is a charitable organisation that provides education for refugee and asylum seeker women and their children.

“For most refugees and asylum seekers, when they arrive in Australia, developing English language skills is the number one priority. We focus first on functional language then develop lifestyle and work skills so they can integrate and thrive within our community,” explained River Nile’s Director Lisa Wilson.

It was established in 2006 in response to the African community’s concern that many of its children were falling behind their Australian-born counterparts in mainstream schools.

The organisation offers the Victorian Certificate of Applied Learning, which helps refugees aged 15-25 re-engage with the education system, Who Foundation English Program. This develops essential English language, literacy and numeracy skills for newly arrived asylum seekers. There is also the VCE Bridging English as an Additional Language, which supports entry to VCE, TAFE or university courses for more advanced learners.

“We predominantly have young refugee women who may have arrived in Australia in their teenage years and the education system was too much for them. We also currently have a number of asylum seekers from Iran and broader Middle East- many of them are educated and have tertiary qualifications but just need to develop functional English and work skills,” Wilson commented.

In February 2016, the River Nile learning Centre piloted a work readiness program, which Wilson said was enthusiastically received by students.

The $9800 from Westpac will now enable the organisation to establish this pilot as a core program alongside its English Language courses.

“It’s wonderful to have the money so we can have the appropriate professional resources and really make a program like this happen. Our students are chomping at the bit to take part so it’s really fantastic. These young women are fabulously resilient, are fabulously intelligent and very eager to embrace life here in Australia,” Wilson said.

The centre will partner with another organisation that offers training in all aspects of finding a job, such as writing resumes, preparing for interviews, communicating in the workplace and understanding health and safety legislation.

A second partnership with Committee Job Alliance, which has relationships with Peter Roland Catering, Bunnings Group and Spotless Group, among others, will then help students obtain paid work placements.

“For many it’s casual work but if they can get a reputation with certain organisations and get regularly called up, then that’s desirable for them. Some students admit it’s not their dream job but they’re happy to have a foot in the door and prove themselves,” Wilson said.

“Many of our women are quite vulnerable to being taken advantage of with work and sometimes get offered unpaid work for extended periods of time. We want to put them and help them get into jobs where they can succeed and be appropriately remunerated by Australian standards.”

The organisation has a licensed childcare centre so students can bring their babies and young children to school with them. Social welfare, in the form of food staples, Myki public transport top-ups and material aid, is also available.

All education, childcare and social support is provided free-of-charge to the students, which Wilson believes makes a huge difference to their future.

“We’re very confident through our work that immersion in positive routine and school and work is incredibly healthy for these women once they come out of a troubled background and/or disrupted schooling,” she said.

This year, one hundred community organisations have received $955,000 worth of grants from the Westpac Foundation, valued at up to $10,000 each.

Since 2012, 369 Community Grants worth over $3.5 million have been invested in projects across the country that help to create social inclusion and positive opportunities for Australia’s most disadvantaged.

For more information on each organisation, visit outerurbanprojects.org and rnlc.org.au.

This article originally appeared in The Northsider. View here.